This past decade and this past year has definitely been one of changes. I started out the decade as a junior in college. I was recovering from a major heartbreak with someone who I thought that I had a future with. I was so excited to finally have someone in my life and it ended quite abruptly. I focused on school and had a great senior year that also had some lows with the deaths of several of my classmates. I was so excited to be at the end of my college journey. While it was a great one, I knew that my education had to continue and as I spoke to my family and friends at my graduation dinner I remember telling them that one year later I would be finishing graduate school and it happened. I moved across the country to a place where I did not know a soul. It was just me and my dog. I met some great people and had a lot of my beliefs challenged for the first time. Graduate school finished and the job search started. It was a really rough time. I applied for hundreds of jobs and while I found a few, they weren’t exactly what I was looking for. I decided that I was bored after graduate school so I made the somewhat impulsive decision to start a doctorate while I was stuck in Colorado getting hours for my professional license. So the doctorate started and I kept working. I quit several jobs that just weren’t a good fit for me and I eventually started working a night shift job. While the money was great, I quickly realized that the no sleep life was not the life for me. However, due to a series of unplanned events I found myself resigning rather quickly and relocating back across the country where I found myself in limbo as I tried to find a new job, settle into a new apartment and remain independent. But I persisted and got a cubicle job that paid the bills for a while. I decided that I wanted to make traveling a priority and I wanted to find a job that allowed me to do both while still using my degree. I found the dream job and quit my cubicle job the same day and relocated from Georgia to California within a week. After a few years on the road and moving several places I realized that it was time to settle down. The beginning of this year found me back in my home state with a resolution to stick close to home for a while. After traveling to Italy and Portugal I decided that I wasn’t quite done with being on the road so I decided to spend the summer on the East Coast. I decided during the summer that I wanted to settle outside of my home state and due to a series of fortunate events I moved across the country again and got a great boyfriend along the way. While I don’t know what this next year will bring, I’m excited for the opportunity to focus on personal development and fulfill some of my personal goals in this next decade.

Earlier this week I cruised alone for the first time ever. Typically I go with someone but I wanted the experience of being able to chill out without having a conversation or conferring about the next activity. Aside from missing my significant other, the whole experience was great. It was nice to be able to relax and think about upcoming changes. I’d definitely recommend it to anyone needing some space. Cruises are filled with couples and families so as a single person you’re invisible and sometimes that’s exactly what you need. 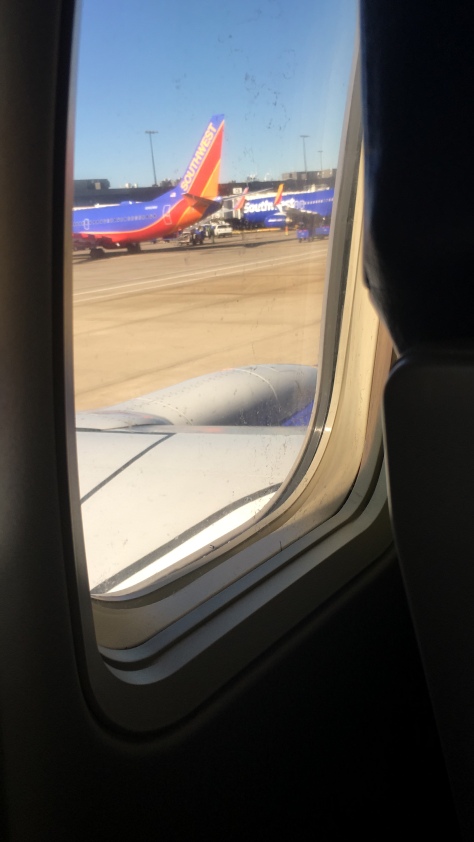 For the longest time I considered myself to be terminally single. Nothing and I do mean nothing actually worked out. There were a whole lot of frogs, the most recent being an older retired guy who didn’t want to talk about anything other than the cars that he was restoring. While I like old school cars, I felt my brain cells dying after the first half hour lecture about the kind of parts that he was ordering. Needless to say, it was great motivation to proceed with the plan to relocate out of the area. I knew that I needed to do something different and so I did. An opportunity to explore relationship possibilities just randomly landed in my lap and I took the chance. The end results have been that I’ve learned a lot about myself in the process and it’s given me the opportunity to finally see what it’s like to have a significant other. It’s been a major learning curve and also outside of my comfort zone but I wouldn’t change it for anything. I’m settling down and the idea of finally putting down some roots doesn’t feel as paralyzing and confining as it used to.