Something that’s been in the forefront of my mind for the past few days is the importance of good friends. No one is an island despite their best efforts to be one. At some point in your life, you either needed someone for something (childhood) or you’ll need someone in the future. Guaranteed. There’s a saying that basically says that you can know about someone’s character by looking at their friends.  I think that a lot of pseudo-friendships are formed out of a sense of pity for the other person. Many times we’ll go out of our way and be inconvenienced for the other person not because they’re our friend, but because we feel sorry for them. These sympathy-friendships don’t really benefit anyone at the end of the day. That’s why I think it is so crucial to be able to differentiate between friends and associates. So many people mess themselves up because they expect friend-level actions and commitment from an associate. Give someone a chance to prove themselves before they become your new “bestie.” I think that one should have a  lot of associates but a few friends. Quality always is better than quantity because good friendships rarely happen overnight. A lot of times we hold on to friendships that should have ended years before because we don’t want to hurt the other person’s feelings. However, in the end, we’re the ones that suffer.  Messed up people, mess up people.  Take some time to evaluate the people that you call friends in your life. Maybe some people need to be down-graded to associates.

One of the things that I’m realizing about myself more lately is the fact that one of my pet peeves are people that waste my time. This is done by either a lack of communication or a general disregard to the fact that I have other responsibilities and things to do. I absolutely hate wasting time because it is something that I can never get back. Every individual has the same 24 hours in a day and our success largely depends on how we spend our time. For me personally, I like the equation of time=money because I think that on some levels it does. And maybe I think that way because I’m in a profession where I charge people for my time. I’m not time management expert but I do believe in maximizing opportunities and staying productive. Refusing to respect my time is an indication that my time isn’t valuable enough to command the common decency of actually sticking to the previously outlined time guidelines. Perhaps this is why I get so annoyed and perturbed over lack of respect for my time. Firm boundaries are definitely essential. 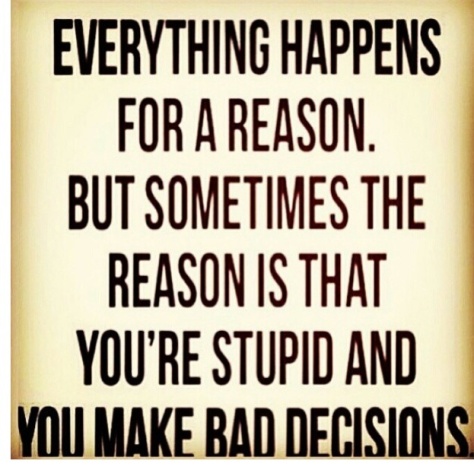 While I would never say this to someone outside of my immediate family or close friends circle, the fact still remains that we probably all know people who have made stupid decisions. Telling someone that they’re stupid doesn’t tend to envoke feelings of happiness and appreciation. However the fact still remains that everyone has a right to be stupid. Some people just choose to abuse that right. The truth of the matter is that people are going to make their own decisions at the end of the day. We all have made stupid decisions before; but calling someone stupid and acknowledging stupid are two different things. You can beg, plead, and even bargain, but your influence can only go to a certain point. It’s a bad decision to take responsibility for the actions of others. It’s pointless. We all have to face the consequences of our decisions and bailing someone out of their bad choices can rob them of a valuable lesson. Some people have to learn by experience. 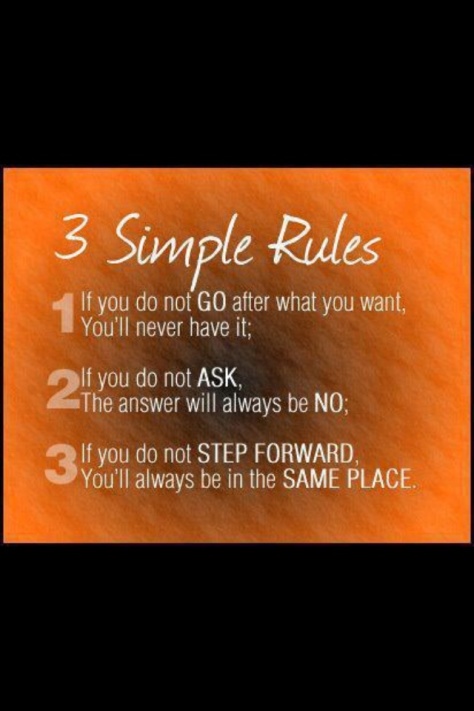 Imagine how our lives would be impacted if we remembered these. Nothing happens unless something happens.