It’s funny how life goes sometimes. You prepare the best you can and then you have to make the best of what happens. Two years ago at this time I was having the time of my life in Paris and going on road trips to the countryside. This year is drastically different as I’ll be going into the office and working with clients. But to be fair, I was in Paris earlier this year so I can’t complain. The field of social work is so varied and throughout my career so far I have found myself in a lot of different settings playing multiple roles. My recent venture has me once again diving into the world of being a therapist. It’s a role that I haven’t been in consistently for a while, but one that I went to school for when the medical school plan didn’t work out. Contrary to popular belief, it’s so much more than just listening to people. Working at an outpatient clinic and working with the general public pretty much means that I deal with a little bit of everything. I don’t have a specialty or a specific diagnosis that I primarily work with. Every client requires a different skill set and theoretical framework. It really makes me grateful that I had an amazing post-graduate education that is actually paying off.  A lot of clients just want to know that it’s ok to not be ok. It’s a change in pace from running around constantly in a hospital and doing a lot of case management. So far so good I guess. We’ll see what the rest of this year brings.

I feel like I haven’t blogged in a while and it’s actually true. Another cross-country move, getting settled in, and starting another job. As someone who has gone through multiple transitions this year, the thought of being settled–even for a little bit, definitely has some appeal. I can’t believe that the year is more than halfway over and I find myself asking what’s been accomplished.  I’ve been so future focused but I also want to be more intentional about living in the moment. The year began pretty low-key but has been going almost nonstop. But I have to say that I’m glad to have made it this far. I’ve always been one to be constantly on the lookout for new opportunities and there may be some of those on the horizon. I decided to take a break from dating since I’ll be working as a therapist again and I don’t want to compete with my clients on the “men ain’t shit” stories. Needless to say, it might be nice to start considering settling down. Living out of a suitcase for the past 10 months definitely has it’s downsides. I’m going to make more of an effort to write consistently in the next few months. Hold me to it.

I can’t lie. I absolutely love going to the beach. There’s just something inherently peaceful about large bodies of water. Last week I went to south Florida to spend some time on the beach and it was absolutely amazing. Even though I came back with a mild sunburn as a souvenir, it was worth it. One day I’ll live close to a beach and sit out every day for a little bit. 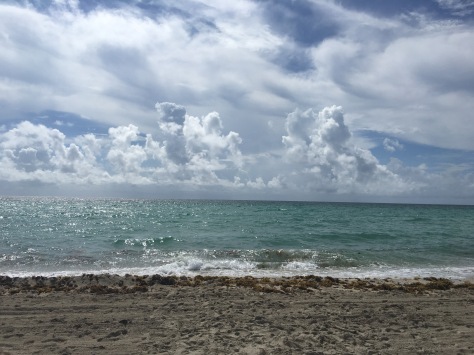 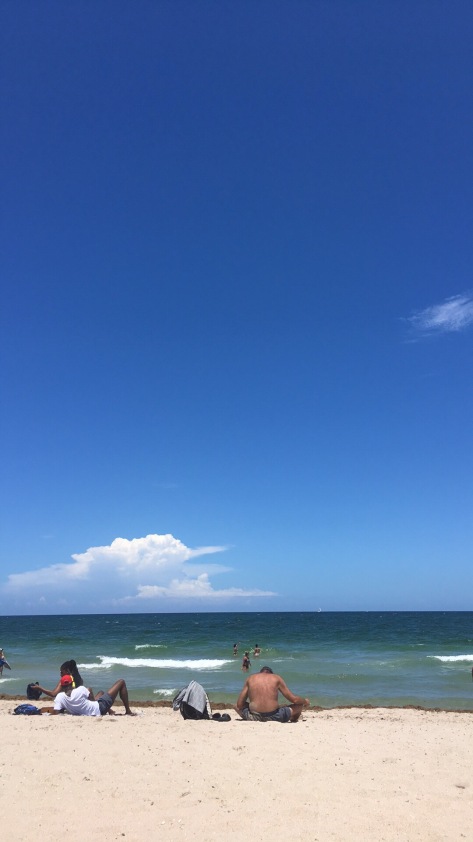 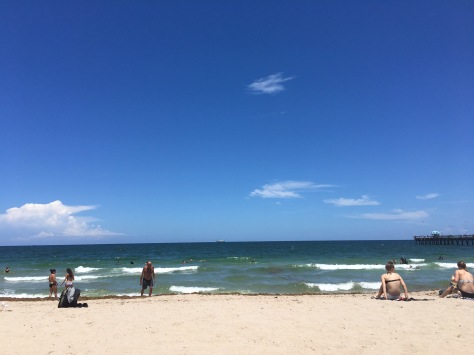 I admit that I really like Netflix because it’s so easy to binge-watch and the next episode starts automatically after the last one. I’ve been working my way through the current season of Orange Is The New Black and I have to say that it’s not as great as I thought it would be so far. I really liked the series when it focused on Piper and I understood as the storyline expanded to give the stories of others who were incarcerated. While it’s been keeping my attention I haven’t been captivated and I’m about halfway through the season. I’ve also started watching Season 4 of Being Mary Jane (late I know) and it has been so interesting so far. The therapist in me is intrigued by all the family dynamics in the show and I can identify with some of the characteristics of the lead character, Mary Jane. She has good intentions but has been burned by love so many times and doesn’t always go with her gut. She’s trying to make it in a cutthroat field and has numerous distractions that she tries to get through. Mary Jane is navigating a relationship and her career aspiration at the same time and is trying to balance both. It’s been an eventful season so far and I’m intrigued to know how it’ll end. I’ve also been following The Bachelorette for the first time ever and it’s actually really good. Unfortunately, a lot of the guys I were rooting for have been sent home but I think that there are some good ones left.