As I’ve mentioned before in some previous posts, I don’t watch a huge amount of television. As a result, I’ve grown to have an appreciation for the commercial free atmosphere of Netflix. In addition, it’s nice to watch seasons of shows instead of waiting for a week before the next episode. One show that has really grabbed my interest is Dexter. I just finished season 4. I only watch the show in short bursts because it can be fairly intense, but I’m drawn to the complexity of Dexter’s childhood and how it has affected his behaviors as an adult. By no means do I think that the show is child friendly but it is SO intriguing from a human behavior/psychology perspective. The show is about a blood splatter analyst (Dexter) who has a secret of his own. He wrestles with being a traditional family man and keeping his big secret from others. Dexter has had a traumatic experience in his early childhood that has set him apart from other people.  He had a father who taught him how to function in a way that would prevent him from spending the rest of his life in prison. The unique thing about the show is that the storyline is in first person. Dexter struggles in every episode with what he is expected to be and who he really perceives himself to be. While Dexter’s challenges with his secret are more marked than many other people, in every season he becomes more of a person. Watching Dexter navigate his personal and work relationships is a reminder to me of how often we can stereotype or assume things about others. On the surface, no one would ever guess that Dexter has this huge secret because he struggles with being genuine and honest with himself and others. As a result, Dexter has few close relationships. 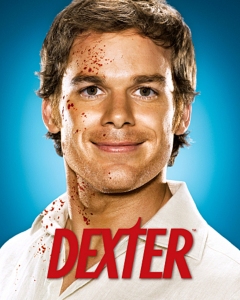 What do YOU think? Cancel reply